This 830-foot tunnel was built by the coal-hauling East Broad Top Railroad in 1873-74. The tunnel is curved at both ends as it stands in the center of a 17 degree horseshoe curve under Sideling Hill. The north end (geographic east) was upgraded circa 1919 including a concrete portal with roll-up door to reduce winds and avoid icy rails. The tunnel served the life of the EBT through abandonment in 1956. It has since suffered several cave-ins, and water flowing the length of the tunnel exits the north portal. Most of the original EBT right-of-way remains in varying states of decay, while a tourist train operates north from Orbisonia over four miles of track. 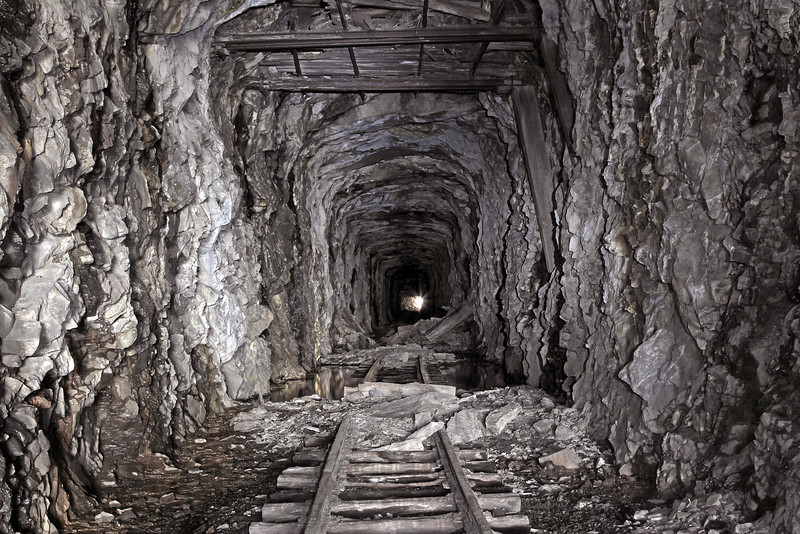 Cave-ins just within the north portal