The North Shore Railroad was constructed in 1884 from a junction with the Pennsylvania Railroad (PRR) along the Ohio River at Conway, Pennsylvania. The 1.8-mile railroad along Crows Run was built to haul stone from Park Quarries. The railroad was sold to the Ohio River Junction Railroad in 1898. Just three years later, work began to extend the route two miles east to Wallace City where an oil boom was underway. The extension required two tunnels, approximately 400 feet and 170 feet in length, separated by a bridge over Crows Run. Oil equipment, lumber, bricks, and other supplies were transported on the extended route. The tunnels proved problematic from the start due to their limited size (12 feet wide, 14 feet high) and frequent cave-ins (both were unlined). Service ceased in 1909 as traffic waned and the line fell into disrepair. Floods along Crows Run in 1913 and 1917 washed out several sections of track, and the remaining track was removed in 1918. Beyond the tunnels pictured here, little remains of the North Shore Railroad right-of-way over 100 years after abandonment.
Read More 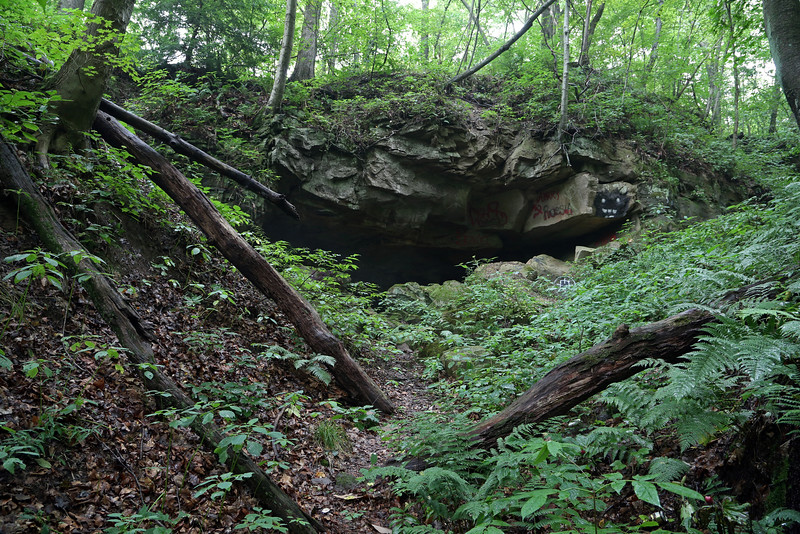